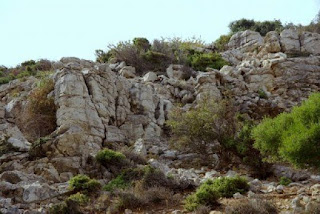 Another week has passed by. Time flies when you have fun or have been busy.
This week's theme of Tackle It Tuesday is 'back to basic'. Have fun and be inspired.

K, Can you please delete my accidental post #3...When I tried to shorten my link url, I inadvertently shortened it so it sent you to a sex site, believe it or not. I do not know your email.

I really enjoyed the opportunity to REALLY think about my Haiku. Normally I write on the run. But since you laid out the rules so thoughtfully, I spent some time thinking, editing, layering this haiku. Thank you, Kristjaan.

Hi Kristjaan! I was able to link successfully this time--how exciting. :) Love your blog--I think it's in the traditional spirit of haiku. Back to basic is a great idea. I hope you enjoy my share. :) I do like your haiku and the message about being good to nature and mother earth. Your first two lines are vivid in imagery and wonderful, the earth reaching out to the sky. Impressive indeed :)

Thanks for hosting ~ (A Creative Harbor)