Written for The Haiku Challenge 2012 - Day 25 – February 25th – Theme or Word: Cult Form: - Haiku
Today's challenge, write a haiku with the theme or word "cult" and the haiku form I have to use is 3-5-3. This is a complete different scheme as is common for haiku. Haiku, in the classical form has three sentences of 5-7-5 syllables. So this will be a tough challenge. No ... that's bullsh.., because I write in the so called Kanshicho style. That style has no strictly rules for the syllables. So this must be "a piece of cake" for me. I hope so.
Well ... I had to search for the definition of cult and for synonyms for cult. The meaning of cult "group sharing belief" and I found the following synonyms: body; church; clan; faith; following; religion; persuasion. A long row of synonyms which I can use for today's challenge.
This is tougher than I thought.
Honeysuckle
can be wonderful -
persuasion 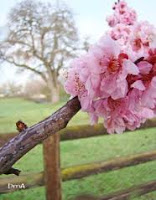 the old church
a shelter for the storm -
the butterflies

Written for The Haiku Challenge 2012 - Day 24 – February 24th – Words: Dream Walks Thanks to Rachana Shakyawar of Humming Today because the phrase 'Dream Walks' was coined from her poem

Dream Walks ... This I associate with the Vision Quest. But as I went on search of Dream Walks on the Internet I ran into organized walks for cancer. What to do ...?
I just write a few new haiku with both meanings in it.

against cancer
walking with each other
Dream Walks

Dream Walks
while walking, my thoughts go to
my brother's spirit


bringing alive
the inner child within me
on a Vision Quest


Another haiku form I am not so familiar with. I have read some of these on Ramesh's weblog. I love this form, so this is a real challenge for me. But I have to try before I die :-) (just a proverb people use here in The Netherlands).
Joy of Giving
wonderful verses of the Far East
a haiku addict
a haiku addict
writing every day again
verses of nature
verses of nature
every season it's own words
all through the year 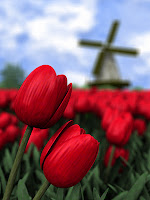 all through the year
I enjoy giving my haiku
to the world
to the world
I only can say 'haiku is great'
join the fun
join the fun
throwing snowballs in the street
a child's play
Also contributed to: Thursday Poets Rally

Thank you for being here and make your comments on these new haiku.
Sincerely, 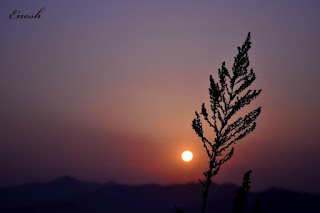 
I don't know if this is the right Photo, but ... I have used this one to write a new contribution to the Haiku Challenge.
at sunrise
trees waving in the cool breeze
another hot day
another hot day
I am looking for shade
under the willow
under the willow
I laid down my tired head
dreaming sunrises
I read these wonderful comments of my visitors and than realized that a really had used the wrong picture. Well .... I have to revise this one, but I am not going to delete this picture and the haiku. I will place the correct photo here and write a new contribution.

ankle chimes
listen to the movement
of the young dancer


a ballerina
dances through the streets
sound of chimes


sound of chimes
through the midsummer night
fading away


See you tomorrow for another challenging haiku day.


This is a tough one. I had to search for the meaning of dedication and some synonyms. I can't write a haiku without that information. So ... let me try this one.
in the old temple
man can feel the devotion
of the monks
with faithfulness
monks resonating their mantra
for the Boddhisatva
dedicated
to the doctrine of emptiness
the monks keep silent 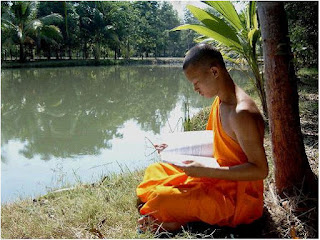 in every flower
I can see the hand of God
that's devotion
dedicated
to ancient Japanese poetry
I am a haiku poet
'Till tomorrow
Geplaatst door Chèvrefeuille op Tuesday, February 21, 2012 18 comments:

Another The Mag photograph for painting with words. I love writing haiku inspired on a picture, photo or painting. So here it goes.

a phone booth
in the middle of nowhere
calling my love


at sunset
finally calling home
after my journey

Written for The Haiku Challenge 2012 - Day 20 – February 20th – Quote: Live out of your imagination, not your history


Imagination or fantasies of the mind. Haiku isn't imagination it's about real life. It paints with words a tiny little moment as short as a pebble thrown in the water. In just an eye blink the haiku poet composes his haiku. But this is The Haiku Challenge so haiku can be a way to compose with words your fantasies.
Life has been good to me and I had a wonderful youth. Memories that are close to my heart. I don't live out on my history ... so let's go ... I will write a few haiku right from the heart and out of my imagination.
my imagination
walking on a sunny beach
another day gone 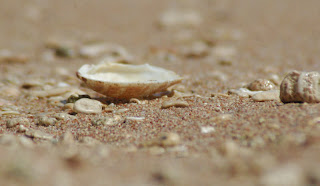 I live out of my imagination and not my history. I just imagine how it should be when I lived with my family in the Caribbean. I see the white beaches, I feel the sun on my naked body, the ocean wind through my hair, the shade of the palm trees and the music of the Caribbean. Awesome I think. Maybe this year I will visit the Dominican Republic with my lovely wife. Maybe ... my imagination as painted with the words of this series of haiku will become reality and if so ... it will become a part of my history. 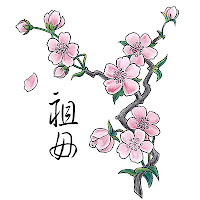 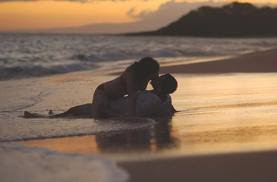